On Evil and Craziness in Mark’s Gospel 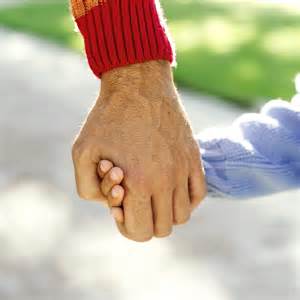 Clinical Psychology and Theology in Mark

This is part two of reflections on psychology and the gospel of Mark. I am focused on stories in Mark chapter 3. See my previous post for a social psychology perspective on group formation in Mark 3.

The healing of the man with the paralyzed hand or arm (depends on translation of cheira) evokes biblical and psychological imagery. Hands and arms are of course critical to work and personal care. Humans who appear different have often been discriminated against and considered as less than whole or normal. People with disabilities have often borne the brunt of callous humor. And in the time of Jesus, many would wonder if the man’s sin was the reason for his impairment.

For not so subtle reasons, hands have been linked to potency or in the case of the withered hand, impotency (Derrett, 1984). So the sexual insult is added to other aspects of being a social outcast.

Jesus’ command gives the man a choice because he can either comply or not. He can either stretch out the hand or not. He chooses to stretch out his hand and in doing so, he is healed. And it looks like Jesus' technically avoided work on the Sabbath.

Psychologically, the description of possible paralysis fits with conditions identified as psychosomatic or in recent language, somatoform disorders--specifically, conversion disorder. Paralysis is a common finding. Whether the man with the withered hand has a somatoform disorder or not, we do not know. Even if it were true, it would not diminish the importance of the story because people with somatoform disorders are in fact often chronically disabled and the conditions are often quite difficult to treat.

Christians who seek prayer for healing are much more likely to request healing for problems of backs and other visible body conditions than the less visible illnesses like depression and anxiety not considered “physical” by many. Perhaps it's important to realize that any account of people ought to be holistic with respect to spirituality, thinking, feeling, behavior, physiology, and all within a social context (e.g., SCOPES model). 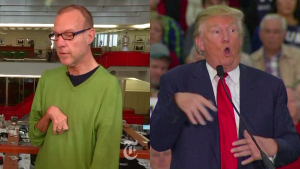 I find Mark’s inclusion of the episode in which Jesus’ relatives think he’s out of his mind (exeste) to be quite insightful. Apparently then, as now, people wonder about the mental states of leaders of new and different religious groups. And it’s not just anyone asking questions—family members do as well.

Religious beliefs divide families between believers and unbelievers. When people  are passionate about their faith, divisions occur. New converts annoy relatives with exuberance. To his family, Jesus appears to be radicalized.

These family splits over religion are often irreparable. Mark doesn’t take on the mental status challenge in discourse but suggests that Jesus is not mentally ill because of the large group of followers and because of the good works he is doing. Of course readers have the testimony of God in the previous chapter.

The family challenge also points up an important aspect to any notion of mental illness. Cultural interpretations are always important to understanding mental illness. People who are different from others in their culture often get disparaging labels. Some of those labels are cruel and assign a person a diminished status. Family members often do not understand people who are different and seek to obtain treatment. They care. But care might mean, “change my relative so he or she acts like we do.”

People with mental illness have been on the margins of society throughout history. It is perhaps ironic that Jesus, who is focused on ministering to outcasts, is himself an outcast.

The topics of demons and devils fascinates many people as evident in novels and films. Some Christians believe in a person-like being called Satan and hordes of evil spirits that sometimes live within human beings and influence their behavior.

For much of recorded history, people have perceived a close connection between the natural and the supernatural world. The witches of Salem Massachusetts provide a powerful illustration of religious panic over supernatural evil.


Embodied evil appears in conversational language reflecting the influence of Christianity in western cultures. Political candidates demonize others. People ought to be careful in forming agreements because the devil is in the details. People say “Bless you” when someone sneezes (the history is in question but many link the blessing to protection from the devil or an evil spirit).

Mark’s pictures of Satan and demons as well as exorcism fits the view held by many Christians throughout the world. Perhaps for fear of embarrassment, educated Christians do not talk about these matters to health care providers unless they perceive it’s safe to do so. Health care providers be advised—many of your patients may connect their condition to evil spirits–and that’s not just Christians.

Many, if not most, health care providers-especially mental health providers— view biblical accounts of evil spirits as a primitive way of speaking about mental illness. This mental health view of evil spirits is in contrast to clergy associated with many religions. It’s true that highly educated clergy in western cultures are more apt to medicalize a condition following the advances of science in treating mental illness. Nevertheless, rebuking the devil, casting out Satan, and conducting an exorcism remain a part of many Christian traditions to this day.

I think it worth noting that in Mark’s gospel there are two major kinds of needs met by Jesus. One type deals with healing of observable bodily conditions like the paralyzed hand and the other type deals with people possessed by an evil (or unclean) spirit. Mark does not report mental illness in modern terms yet problems of depression and anxiety are part of the human condition.

The physical - mental dualism is not unlike the bifurcation between health care and mental health care that exists today. People continue to prefer to have an identifiable “physical” illness rather than a mental condition. People would rather see a medical practitioner than a psychologist. Christians sometimes think only of physicians and clergy. Although some may consider a biblical counselor.

Today Christians who are depressed may consider at least three methods of relief: prayer, psychotherapy, and medication. These may be obtained from three different types of practitioners. Some of the practitioners may be staunch believers in their approach and devalue the interventions of the other.

As a Christian psychologist, I take a holistic view and value all three approaches. For conditions like depression and anxiety, which may well have biological and spiritual components along with distressing thoughts, feelings, and social consequences, healing may require a combined approach.

Effective psychological care is not just about technique but it involves the quality of the relationship between the psychotherapist and the person seeking treatment as well as the commitment of each to a shared narrative of the problem and the cure. Effective care requires understanding the worldview of the patient.

From a clinical perspective, it is not uncommon for Christians to inquire about the unforgivable sin. I have especially found this worry common among fundamentalist Christians who either read the text for themselves or heard a sermon on the topic. The fear is real. In rare cases, people may be so distressed that they worry about or perceive demonic activity.

The fear can be extremely distressing in those with Obsessive Compulsive disorder in which the content of the obsession is worry over the unforgivable sin and various rituals may represent painful  pleading and penance to obtain forgiveness.

The common pastoral response is to say that any Christian who has worried about committing the unpardonable sin has not sinned in that way because the sin involves a conscious choice to reject the Spirit of God. Pentecostals have warned others against condemning speaking in tongues and other spiritual gifts based  on these verses. Theologians have opined on the verse at length because the sin is not clear. Others have simply said unforgivable sin has to do with rejection of Jesus who offers the path of eternal life.

The name for the evil spirit in the latter section of Mark is Beelzebul also known as “Lord of the flies” or if spelled differently could be Lord of Heaven or Lord of the House. The term may be derived from the ancient god, Baal. The Lord of the House term would fit well with Mark’s references to Jesus robbing the house. See Oxford Biblical Studies.

My specific context for this blog is the study of Mark’s gospel with colleagues at church. See the previous post for my view from the perspective of the social psychology of groups.