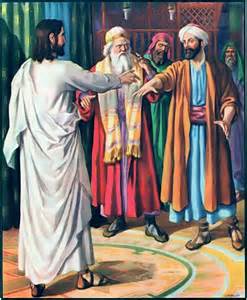 Social Psychology and Theology in Mark 3

I am writing this blog as a reflection on concepts drawn from two major fields of psychology that strike me in my study of Mark 3. In this post I look at social psychology concepts related to group leadership and formation. In the next post I will look at lessons from the perspective of Clinical Psychology.

Mark opens his gospel with a statement about the identity of Jesus as the anointed one and Son of God (1:1). Who is Jesus? That’s a question offered as guidance on one theme to guide people studying Mark’s gospel (e.g., Martindale).

My focus on group identity comes from a consideration that Mark is writing to people after Jesus has left his earthy ministry. In short, Jesus as leader is no longer visible to his followers. I suggest at least one of Mark’s aims is to identify who Christians are, but perhaps more importantly, who they are not. In this chapter he also identifies the legitimate leaders as chosen by Jesus himself.

Many writers (e.g., Horsley) have provided some sense of the historical backdrop to the life of Jesus and the early Christians. Roman power imposed order on the people in their conquered lands. Depending on the degree of threat, rebels met with public beatings and painful death. Roman emperors were the strong men no one dare challenge.

In Mark, Roman influence is in the background but breaks through into our consciousness in references to Caesar, Herod, and the Herodians. I see dual efforts at work and wonder if they were not part of Mark’s intention.

First, Mark separates Jesus’ group from Jewish rebel groups. By clearly identifying Jesus and his followers with a spiritual movement he separates Christians from militaristic Jewish rebels who were intent on exorcising the evil Roman rulers from holy lands. There were rebellions throughout the empire. And there were militarists looking for a warrior Messiah.

Nevertheless, there are subversive elements in the gospel suggesting that at least the Jesus movement was about freedom from oppressive bondage as witnessed in the exorcisms and healings. The Romans were of course responsible for the lived experience of bondage in the life of ordinary Jews.
If the Romans and Jewish leaders worked together to crucify Jesus who was viewed as a political threat, they could easily work together to kill Jesus’ followers. Someone has to tell the real story and make it clear that Jesus and his movement never were a threat to the power of Rome.

A second aim is to clarify the Jesus’ group within Judaism. It’s easy for contemporary Christians to forget that Jesus and his followers were Jews with centuries old laws and traditions. They met in synagogues not churches. And they visited the Jewish Temple not some other religious building. Modern Christians have heard of groups like Pharisees and Sadducees but hearing the names does not offer much in terms of understanding how their groups intersected with other groups.

Mark presents people named Pharisees and Herodians as if they were groups in opposition to Jesus and his growing group of followers (3:6). Another group known as scribes are also mentioned and associated with Pharisees. Although we do not know a lot, we get the impression the Pharisees were particularly concerned with a strict adherence to the Mosaic law including how and where to worship God, maintain the Sabbath (1-6), and comply with purity codes.

In contrast to avoiding a presentation of Jesus as a threat to Rome, Mark does not hold back on presenting Jesus as a threat to some Jewish groups. Jesus and his movement are about new ways of worship and interpreting old laws (Chapter 2). The Sabbath challenge (3:1-6) is a clear example of change as not only does Jesus offer a different interpretation of the Sabbath but his followers would eventually give up the Sabbath in favor of honoring the first day of the week.

Crowds are not groups but members of a crowd may become group members. Mark mentions the crowds in 3: 7-12. They follow Jesus but are not members of his group. However, Jesus status is enhanced by their presence in three ways.

First, it’s human nature to count heads at any rally or gathering. Size implies importance. We see this in churches that count people and in news headlines touting the huge or minuscule crowds at a political rally or sporting event. 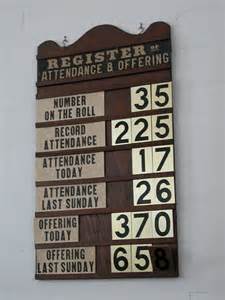 The second characteristic of the crowd is their diversity. They are not just from Jesus’ home province but they come from Judea and elsewhere. Many people view him as a religious teacher and leader.

Third, we see an odd testimony that poses a problem. Some members of the crowd are identified as “unclean spirits.” They identify Jesus but he does not want their testimony. Ironically, Mark includes their testimony as if it were important. Christian leaders continue to be careful of those they permit to speak in church. Christian organizations are quick to cut off members who stray from the party line or have been caught in some behavioral act judged undesirable.

Groups have leaders but their styles may vary. A common contemporary classification of styles includes authoritarian, democratic, and laissez faire.

Jesus is clearly authoritarian in his selection of followers (3:13) and combative dialogue with outgroup spokespersons such as the Pharisees. In his status as the Son of God he claims the ultimate authority and is appropriately pitted against the Roman Emperor. Although in Mark, Jesus’ savvy answer about paying taxes separates his focus on a spiritual kingdom from the concerns of Caesar. Mark chooses not to present Jesus and his movement as a threat to Rome. Of course he wasn’t a threat because in a physical sense, Jesus was long gone by the time Mark was writing.

It would also seem that Jesus is matched against the official Jewish leaders such as the High Priest. Ironically, at the time Mark was written, Roman delegates chose the Jewish High Priest and not the priestly clan using a quasi-democratic approach of casting lots. Rome was in control of official Judaism.
In establishing Jesus authority, Mark shows him to have authority over demons. It’s hard to ignore the possible references to Romans and Jewish leaders when Jesus is portrayed as the one who can bind the strong man and rob him of his territory.

In addition, Mark calls the spirits “unclean,” which condition characterizes the possessed people as belonging to a different group than the purity-focused Pharisees. The whole enterprise of casting out unclean spirits also puts Jesus in close contact with the unclean and heightens the interest in the meaning of the dialogue between Jesus and his Jewish interlocutors.

Group leaders know that for a group to survive they need trustworthy leaders to carry out the aims of the group when they die. Mark makes the identity of the chosen leaders clear (3: 13-19). As contemporary readers we know little about most of these men yet presumably, contemporaries of Mark knew the names. By naming names and identifying their authority, the early Christians had a guide to who’s who and presumably to who is not who. The list informs Jews and Romans of the official leaders of the Jesus movement.

The list omits Paul, which makes sense given his later conversion (estimated timeline for Paul). But the list may be important to those questioning Paul’s status as an apostle- see his remarks in  2 Corinthians 11). Another point of relevance is the biblical footnotes identifying a textual variation. Some manuscripts have Mark calling the leaders “apostles” and others do not. Again, it is noteworthy that Paul laid came to being an apostle.

What’s at stake? In his charge, Jesus commands his chosen leaders to preach and he gives them authority to drive out demons (14-15). Authority is a big deal in groups. After any leader dies, leaders of subgroups often lay claim to take over the official leadership slot. Leader conflicts happened in the early church. And they happen today.

Jesus authority is challenged in the Beelzebul episode at the close of the chapter. The teachers of the law accuse Jesus as being possessed by the prince of demons. Mark phrases Jesus’ response as an absurdity using the well-known “House Divided” remark followed by a modus tollens argument. Mark includes episodes of healing and exorcisms. Mark wants readers to know that Jesus’ and his followers are at war with evil. Every healing and every exorcism reveals their focus on the spiritual life and death struggle, which culminates at the crucifixion.

Mark offers a changing picture of ingroup and outgroup statuses.

Ingroup and outgroup identification is an important influence in how people function in groups. Under threat, group identification increases. People are bound by strong attachment affiliations to kinship groups. And it is no accident that Christians are identified as part of the family of God. We lack details about the variety of groups within Judaism in Jesus’ day but Mark illustrated the early formation of ingroup and outgroup status.
In previous chapters we saw Jesus’ participation in John’s Baptism revealing an affiliation with John’s group. But Mark also reveals a feature of Jesus’ Baptism in the Spirit, which would mark his followers. Clearly the violent opening of the heavens (1:10) when the Spirit comes to Jesus at John’s baptism followed by being driven by the Spirit into the territory of Satan (12-13) reveals a focus on the kind of group Jesus was forming. Jesus’ group would be spiritual warriors.

It turns out, Jesus is not just dealing with unclean spirits but with people representing other groups who continually challenge his ministry.

Jesus’ group consists of those he chose to be with him and carry out his ministry—with a specific focus on preaching and exorcising evil spirits. Ingroup members are in flux in Mark as for example, one of the twelve betrayed Him. And in verse 33 we see the stark challenge: “Who are my mother and my brothers?” The concluding verses in fact focus on ingroup and outgroup membership framed as family and not family.

This ingroup-outgroup tension is common in all sorts of groups and remains a factor today as evident recently in the Wheaton College episode over the status of Professor Hawkins. Group members and their leaders are keen on maintaining boundaries. We all want to know- is he or she one of us. Presumably ingroup people can be trusted but Mark reminds us that one of the 12 was a traitor.

My specific context for this blog is the study of Mark’s gospel with colleagues at church. My broader context is a career-long interest in Social Psychology, especially the Psychology of Religion. But the bulk of my career has been in applied psychology in the United States where many are affiliated with Christianity. My work in Clinical Psychology also influences my view of many verses in Mark’s gospel, which I will address next.