American religion is as clear as black and white. For centuries, religious groups were divided by color. As recently as 1998, nearly 50% of U.S. congregations were primarily made up of one racial group.

In 2013, LifeWay Research conducted a phone survey of Protestant Pastors between September 4-19. Most (86 percent) say their congregation is predominately one racial or ethnic group.

Deborah Hall, David Matz, and Wendy Wood conducted a meta-analytic review of research between 1964 and 2008. The studies mostly included White Christians in the USA.
Here’s a summary of key findings.

Stronger religious identification seemed to organize people’s social perceptions in much the same way as other social identities, leading the religious to respond to diverse others as outgroup members. As noted in the introduction, this perception might reflect the practice of religion largely within race such that race serves as a proxy for religious group identity. Furthermore, religious groups may promote ethnocentrism by sharply differentiating between believers and nonbelievers.

Christianity and Prejudice: An Experiment

Researchers Megan Johnson, Wade Rowatt, and Jordan LaBouff at Baylor University conducted two experiments to assess the effects of presenting people with Christian Religious ideas on increased racial prejudice. This technique called priming, has subtle but measurable effects on attitudes. As the authors point out, just holding a cup of hot coffee can increase thoughts (prime) that other people are warm – having generous or caring characteristics. When people are primed to be polite vs. rude, the polite primed people interrupted less. In some religious studies, groups of people were asked to list the three greatest events in history. Those primed with Christian words listed more Biblical events than those primed with neutral words. Many studies support the use of priming.

Johnson and her colleagues conducted two experiments using priming. In the first experiment they found that those primed with Christian ideas were more likely to reveal a negative shift in attitudes toward African Americans. Priming with Christian concepts led to more general negative feelings toward African Americans compared to those in the control group. The authors caution that the effects  are small.

In their discussion, Johnson and her colleagues offer the following context for thinking about priming and religion (page 123).

Although negative attitudes based on skin color have improved in the U.S. since the Civil Rights era, problems of prejudice remain. Religious communities composed mostly or exclusively of one racial or ethnic group are likely to continue to view others as outsiders. And outsiders are considered inferior in various ways to insiders. The in-group bias effect is a powerful dynamic. 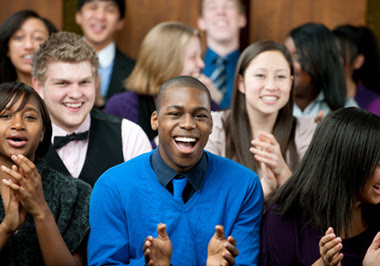 Including people within a religious group or other group is a primary way for religious organizations to lessen group-based racial or other prejudice. Clergy can call attention to prejudice. Churches can hold workshops on respect for people of different racial and ethnic backgrounds. And churches can work to partner with churches whose membership includes persons of different cultural and ethnic backgrounds.

The work of researcher Patricia Devine of the University of Wisconsin-Madison suggests ways that individuals can change their implicit prejudicial attitudes. Implicit biases are those quick negative responses to people from other racial or ethnic backgrounds. The response is so automatic that people are unaware that they exist. So, the first step is to recognize the bias exists. Next, the person must be concerned about the harmful effects of the bias. Third, the person needs to work at consciously replacing the bias with accepting and welcoming responses consistent with their value system.

If Devine is correct, White American Christians who wished to follow the biblical mandate of loving other persons, would need to become aware of any quick (implicit) negative responses toward Black Americans. Understand the harmful effects of discrimination. And work at warm and friendly responses that are more consistent with the biblical command to love one's neighbor as oneself (Matthew 22: 37-39).

Of course, we do not need to limit our focus to the traditional racial prejudices within the United States. We can take the ideas about in-group bias and overcoming prejudice to promote respectful treatment of all people.


Notes
Quest orientation: "Quest components include a readiness to face existential questions without reducing their complexity, a perception of religious doubts as positive, and an openness to future change in one's religious views." See more about Quest and the work of Daniel Batson.