FUNDAMENTALISTS: WHO ARE THEY?

Recently I overheard four faculty members from a conservative American Christian school discussing creationism and the age of the earth. One person was impressed with the presentation at the Creation Museum in Kentucky. "I teach the Bible," she said. As I listened to them talk I assumed they took a literal view of scripture, held ultra conservative social values, and were quick to support military solutions when national interests were threatened. Was I right?


American fundamentalism has been associated with the beliefs of Protestant Christians who reacted against social trends toward higher biblical criticism and evolution. The fundamentalist leaders developed a list of fundamental truths: 1. Authority of the Bible; 2. Virgin birth of Jesus; 3. Substitutionary atonement for sin; 4. Resurrection of Jesus; 5. Miracles; 6. Millennialism.

Behavioral scientists began looking for ways to broaden the concept of fundamentalism beyond lists of orthodox beliefs. Researchers focused on findings of militancy (e.g., Marty and Appleby) and authoritarianism in their samples (e.g., Altemyer and Hunsberger). Others focused on a literal interpretation of scriptures. Psychologists also looked at intelligence and personality traits.

In 2005, psychological scientists, Ralph Hood, Peter Hill, and Paul Williamson, observed that some religious groups were not militant unless faced with a threat. And that even then, some groups like the Amish, remained nonviolent. They also reported research that did not support authoritarianism. In fact, personality factors seemed weak at best. Their idea:

Fundamentalism can be explained by the principle of intratextuality.

FUNDAMENTALISTS AND THEIR TEXTS

The principle of intratextuality states that fundamentalists derive truth from God via their sacred text and they rely solely upon various parts of the text to interpret other parts of the text. For example, Christian fundamentalists who want to understand God’s plan for marriage will rely solely on the books of the Protestant Bible. To understand a passage about marriage in one book within the Bible, they will examine other portions of the Bible for teachings about marriage. In contrast, nonfundamentalists search for truth using an intertextual method. Nonfundamentalists will consider the sacred text in light of science, history, archaeology, anthropology, and scholarly research. Nonfundamentalists respect the sacred text and still consider it privileged and even crucial to consult before reaching a conclusion about a moral approach or stance toward some social policy. In Christianity, the view people take toward the Bible distinguishes a Fundamentalist from an Evangelical or a Progressive. 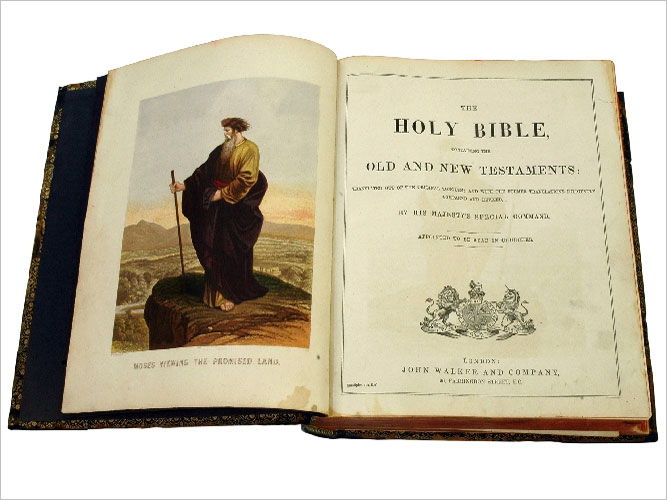 IT’S NOT JUST ABOUT TEXTS

The principle of intratextuality could be a bit misleading if one forgets the big picture. The big picture is how sincere believers view the world-- Worldview in the parlance of contemporary Christian writers. For the fundamentalist, the sacred text provides the one comprehensive source of meaning and the framework for viewing life.

Initially, Williamson and others (2010) considered six dimensions of intratextuality. They developed a measurement scale, and based on cross-cultural research, they found five items useful in identifying five dimensions – Five perspectives on the sacred text. The principle of intratextuality is not just about Christianity. The items were written in such a way as to apply to other world religions. Here are the five dimensions.
Follow this link to learn more about the scale: Intratextual Fundamentalism Scale

WHAT IS TRUE ABOUT FUNDAMENTALISTS?

So, what is true about fundamentalists --those who score high on the 5-factors of intratextuality?

With any research comes words of caution. A few studies do not offer certainty or proof.

The idea of appreciating the importance of a group’s sacred text shows respect for the faithful and their views. Humans seek to connect the dots of their existence. Sacred texts offer a way to understand the meaning of life. Those who accept a common understanding may naturally be highly agreeable within that community.

So, was I right? Did my stereotypes hold true about the creationists? Well, the way they spoke about creation was consistent with a fundamentalist perspective. They seemed to be intelligent people that just rejected the current scientific worldview. I did not perceive any hostility. Nothing else hinted of radical militarism. So who knows about other beliefs they may hold. Best to ask, I think.

Learn about fundamentalism and Christian sexuality in A House Divided